What is a Cool Roof? 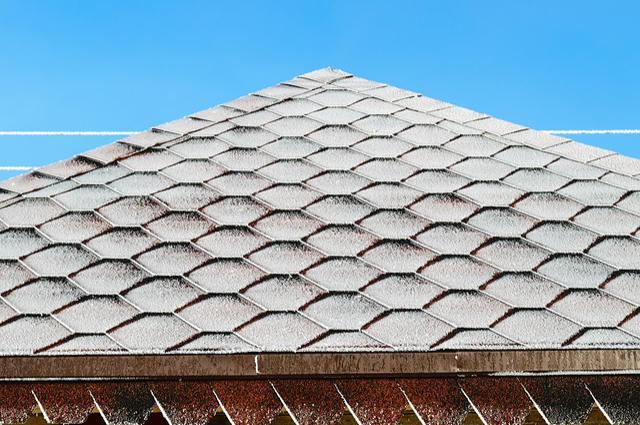 A cool roof in another sense. Not the kind of cool roof we are looking for but you get the idea. Image by Lihana (via Shutterstock).

No way… I thought it was a knock-off of Grayson Perry’s house.

Can’t be. His is the middle of countryside, mine’s in the centre of Haslingden.

Let’s get this straight. A cool roof has nothing to do with the style of your roof tiles, or the consistency of your corrugated steel. Like the green roofs we mentioned in a previous blog post, they have similar environmental leanings. They help to keep your home cool.

Where do you see them?

You mostly find cool roofs in hot countries. They save up to 15% of the air conditioning energy used on a single storey building.

Why can I only see them in Death Valley rather than the Rhondda Valley?

One of their drawbacks is their use in winter. Any of the savings made by switching the air conditioning on fewer times are cancelled out by poor heat insulation. In other words, you need to turn the heating up.

What other benefits do they have?

What are Urban Heat Islands?

An Urban Heat Island is a phenomenon where an urban area enjoys warmer temperatures than its surrounding area. For example, it may be warmer in the centre of Abergavenny but its surrounding hills are cooler.

Does it matter if the roof is clean or not?

Yes it does. Dust and dirt stymies the benefits of a cool roof’s main purpose.