How a rubber roof at St. Andrews Old Course will offer protection from flying golf balls 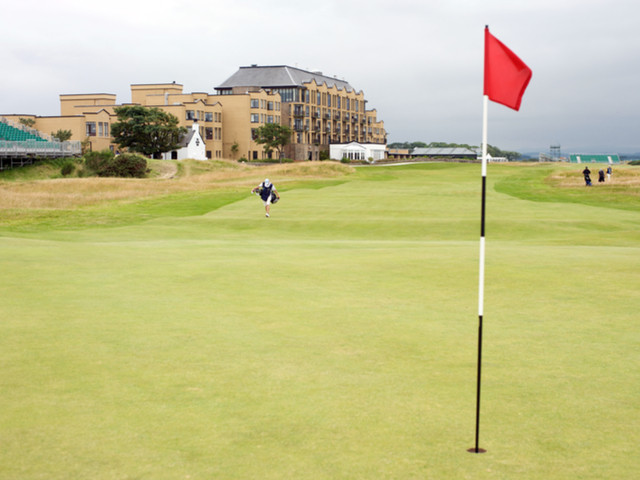 Hole 17, St. Andrews Old Course: known as The Road Hole, it is the toughest hole of the course. Proving to be a more formidable opponent than Rory McIlroy is the plethora of wayward golf balls hitting the roof of The Old Course Hotel Golf Resort and Spa – hence the rubber roof solution! Image by Alessandro Colle (via Shutterstock).

St. Andrews Old Course: it’s the spiritual home of golf. For golf enthusiasts around the world, it is a popular place of pilgrimage. Its birthplace was The Old Course which includes the infamous Road Hole, the devilishly difficult seventeenth hole. Close to the par four hole is The Old Course Hotel Golf Resort and Spa. A great vantage point for the golf course but one that is under sustained attack by wayward golf balls.

The spa and resort which opened in 1989 has a slate roof, which has been hit by several balls in its 28-year history. With this costing the hotel thousands of pounds worth of damage, they have decided to install a rubber roof. Therefore, the hotel is closed till the 13 April of this year to allow for the installation works.

After testing several other rubber roof products with a hammer, they went for Euroshield’s rubber roofing. Based in Calgary, Canada, they have been going for nearly two decades and their rubber products have green credentials. Each of the company’s rubber roof tiles are made from recycled tyres. Their Heritage Slate, and a few other imitation slate tiles, look very much like the real thing.

In the end, they plumped for the Heritage Slate style, which resembles the outgoing slate roof. In The Courier, Euroshield owner Henry Kamphuis said: “I was up on the hotel and the gutters are just full of golf balls.

“They looked at a number of different products and hit them all with a hammer and ours was the one that stood up to it.”