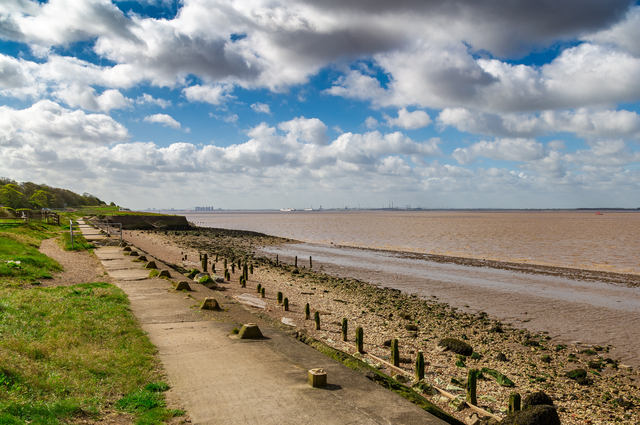 The beach near Paull Tower. Image by Wild Placebos (via Shutterstock).

If you take the ferry from Hull to Rotterdam, the last things you see from the Humber estuary are a chemical plant and a few picturesque villages. Minutes before reaching Spurn Head as you look north is the village of Paull and Paull Holme, its neighbouring hamlet. The latter place has Paull Holme Tower, an imposing remains of a manor house. Its owner, Simon Taylor, has succeeded in raising funds for the tower’s restoration work.

The tower had been derelict for some time but, after 25 years, Mr. Taylor gained a £150,000 grant from Historic England. As the structure has had no roof for most of the 20th century, this will be a mammoth task. Paull Tower was partly restored in 1871 and had three floors. At this time of writing, the tower will be covered in scaffolding, in advance of its restoration.

It dates from the late Medieval times and is a Grade I Listed Building.

Video: a view of Paull Tower

Thanks to the Hull Daily Mail, here’s a video clip of the tower, as seen from Simon’s drone.

Though pleased with his £150,000 grant, Simon sees this as a catalyst for more fundraising. Paull Tower in its ruined form has previously been opened for Heritage Open Days. Could its restoration benefit from an upsurge in visitor numbers after Hull’s Capital of Culture year?

For further information on Paull Holme’s tower, The Gatehouse Record website looks at the manor house it formed part of.