How asbestos roofing, if disturbed, can be dangerous 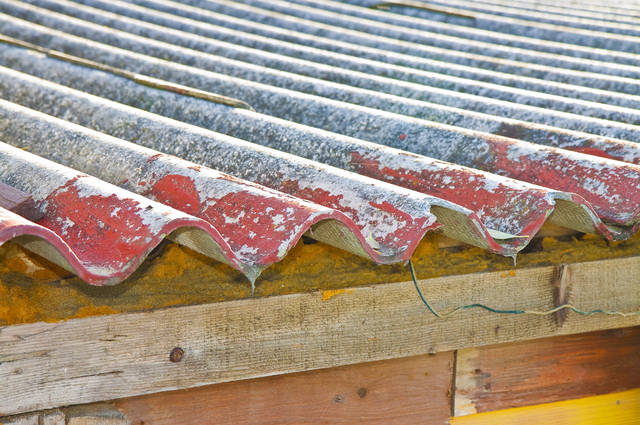 In the early part of the 20th century Asbestos was deemed a ‘wonder material’. Its insulation properties are unrivalled owing to their heat and water resistance. So much so that asbestos roofing was a popular option for industrial buildings. It is good for protecting electrical installations from the elements, plus it was also used for clothing, road and rail vehicles, and preserving dead bodies.

Since the Industrial Revolution, it became a popular construction material. Asbestos roofing and cement formed part of many public buildings. It has been used in wall cladding, guttering systems and flues. Though its use as a construction material was banned in 1999, there is still a sizeable number of buildings with asbestos material.

The danger of asbestos roofing

The minute fibres can suffocate contractors who have worked with the material. It could also affect welders, railway workers, or anyone else who has worked in an asbestos insulated building where the material is disturbed. Over time, pleural plaques, asbestosis or mesothelioma could lead to the person’s death. The symptoms of which take 20 to 50 years to develop.

The most effective way of abating asbestos is by encapsulation or removal. If asbestos roofing is in tip top condition, encapsulation is a must. A protective coating is placed on the roof, preventing the release of asbestos fibres into the air. This is the safest method of containment.

If asbestos needs to be stripped, the whole area needs to be sealed off. This is an effective solution if the building needs to be re-cladded. Or as part of preparation work for its demolition.